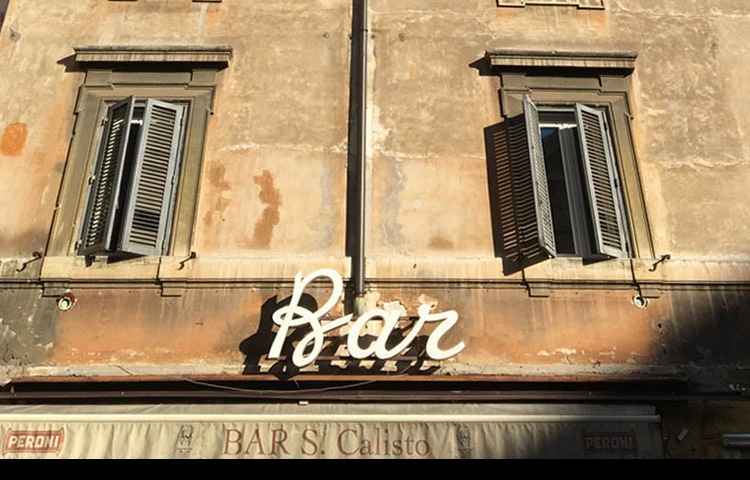 Despite large numbers of visitors overwhelming its small streets, Trastevere’s soul still exists, and it can be found in Piazza di San Calisto. Bordered by splendid, sixteenth-century edifices, and hidden behind hedges of laurel, you will find Bar San Calisto, the beating heart of the neighborhood. The interior has remained largely untouched over the years, as has its cast of regulars. Simple and without pretense, this bar continues to serve as a spontaneous melting pot where young tourists and old Romans alike mix with ease. In one corner of the bar you can still find old steel containers and a large wooden spoon used to make artisanal gelato in the authentic Roman style (without added sugar). Amongst the bohemian clientele, you will likely spot the King of San Calisto, also known as “The Viking,” for his former golden locks – now turned gray – and his sharp, celestial eyes. He has a Pasolinian look about him, no? Well, he did have several historic appearances in Cinecitta films. At the first sign of spring, order a cold Peroni and sit in the sun at one of the small tables outside on the square, allowing time to pass you easily by, along with the Roman breeze.